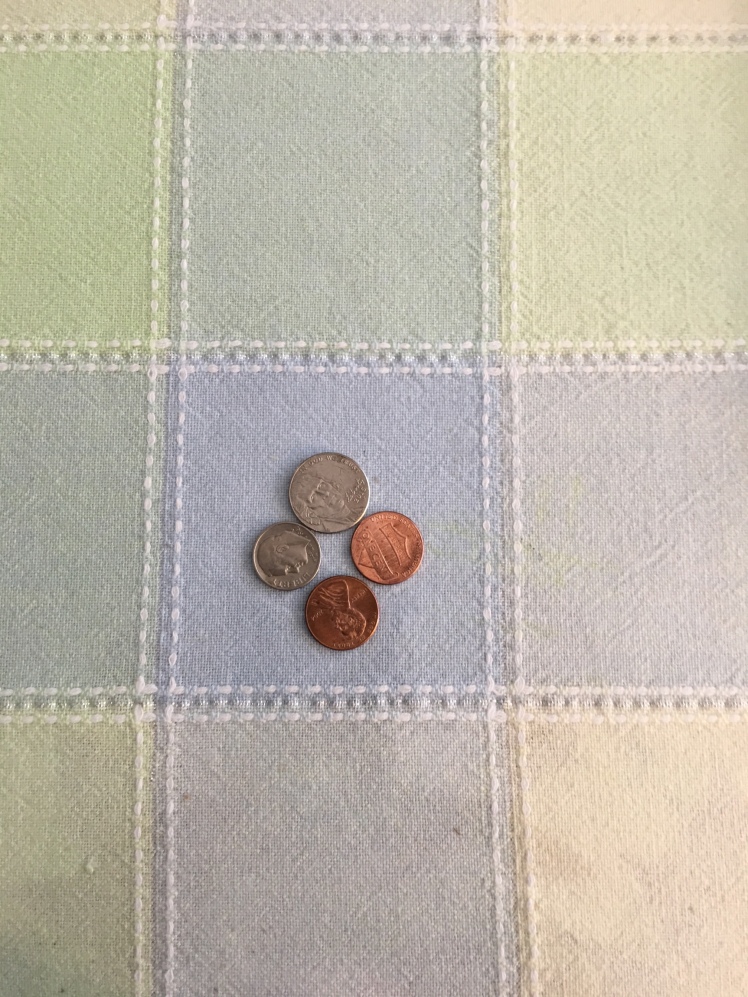 I came into work yesterday and my department was already busy. Instead of having a few minutes to read emails, check the job queue, and get settled, I immediately had to ring up a customer’s order. There was chaos all around me, so I was not concentrating on the task.

I handed him his receipt, and he stood there a few seconds. I wondered why he was not leaving, when he finally said, “You didn’t give me my change.”

Blonde moment, senior moment, whatever you want to call it, I was embarrassed. I immediately called for a manager, since I don’t have authority to open the cash register without a purchase. No one responded. Seconds seemed like minutes.

Then I realized, I can do a quick “fake” purchase for 17 cents, press the cash key, and get the register open. I could drop in the money later on my break.

So I got the register open, and the customer was counting out change. “Here,” he said, and handed me the change.

“You win the prize for the nicest person of the day,” I blurted out, stunned that someone would do that for me.

“Have a good day,” he said. He smiled and walked away.

Now that is mercy. To get something that you totally don’t deserve, but need.

That transaction set the tone for the rest of my day. When you receive a gift like that, it’s easier to pass it on to others.

Yes, it was only a few pennies. But it was the attitude of the man that meant everything. And a good reminder for me.

2 thoughts on “Seventeen cents made my day”