In all the ruckus of leaving for Boston, packing the luggage and other necessities, I discovered that during my morning walk with Bailey, a tick had latched on to me. I found the little bugger while I was showering, and felt a bump as I ran the soap over my skin. What the heck…I grabbed it and pulled off the tick. Then I scraped to make sure every piece of that invader was gone, leaving my skin red and bruised. It will heal; better a pock mark than Lyme disease.

Before we loaded up the car, dropped Bailey at his Kennel, I had to make a run to Urgent Care, where they gave me a high-dose antibiotic. I had Lyme disease years ago. It’s one of those things you only wish on your worst enemies, like Hitler and child molesters. I wouldn’t even wish it on Boston drivers. 🙂

Meanwhile, my son had an appointment with a doctor to review his MRI to find out what is causing his back pain. Unfortunately, the MRI gave no clues as to what the problem is. Very frustrating. I hate seeing my son in pain. He’s too young for this to happen.

We finally arrived home later than expected last night. Traffic coming out of the Boston area is awful at rush hour, (I know, tell you something you don’t know!) plus the construction on various parts of the Mass Pike slows the traffic to 5 mph in parts.

We stopped for dinner at a Mexican restaurant; the owner was really from Guatemala, but you won’t draw as many people putting “Guatemalan Food” on the sign. I suspect a microwave was involved, as the quesadilla was soggy, and the meat was unidentifiable. It was supposed to be chicken.  I stuck to the rice and beans, after Mr. Porter commented, “I can’t tell what kind of meat this is.” My stomach rebelled about an hour later with big churnings and pain. I usually have an iron stomach so if I get sick, it’s a big deal. Thankfully I did not get sick, but I will never eat there again.

I was thinking of an old friend of mine, who has since passed away, who had a saying: “Act like you belong there.” He was talking about his various outings in NYC in some sketchy neighborhoods,. He actually was born in NYC and lived there until he was about twelve when he moved upstate and was adopted. I gave this advice to a friend who is battling a problem, but it’s good to remind myself, especially when remainings of Orphan Spirit mentality come to visit.

Bailey is home from the Kennel and has settled back in to continue his role as king of the castle. Ha. I have Python class again tonight. I haven’t had much time to peruse the book I borrowed from the library, and I have only been able to the Python editor in “owner” mode on the pc. Of course, this is an old version of Windows, and that might have something to do with it.

I am reading two other books at the moment:

The Souls of Black Folk, by W.E.B. Du Bois

I noticed that I read very few novels. (None of these three books are novels.) Honestly, few novels keep me interested all the way through. I start a book and get bored. Exceptions to this, such as Hunger Games, are enjoyable and I can read the whole book in two days. Even books that other people loved and recommended usually don’t hold my interest and I never finish them. I do have a copy of Cormac McCarthy’s The Road, which I purchased in Canada last year before The Great Vertigo Illness of 2017; but I need to schedule some time to start it.

I read Operating in the Courts of Heaven, by Robert Henderson, and I highly recommend the 4-part cd teaching which goes with it. Again, not a novel. 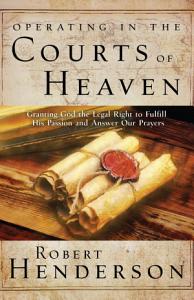 Now to unpack, do laundry, and all the other fun tasks.