The festivities of the holidays are over–the relatives have been visited, food has been consumed in huge quantities, eggnog has been inhaled, and presents exchanged and re-gifted.

We now return to our normally scheduled life.

I have noticed that every January–no matter how well planned December was-January is a squeeze!

It’s supposed to be a New Year; why are we still dragging last year like a ball and chain?

Here are a few items that are squeezed:

MONEY. While performing the coupon match: On Sale With Coupon (OSWC), I realized that we go through a squeeze of money every January. There is more to buy, less cash on hand, and 31 full days to get through. Ok, Can-Can it is –no, not the dance, the supermarket sale. 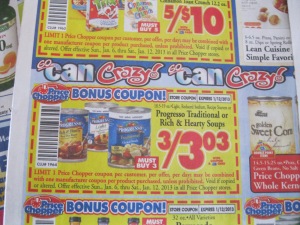 Although, I suppose the dance would help with the next item:

JEANS. Have you tried on your jeans lately? After taking them out of the dryer, they seem two sizes too small, instead of the usual, “just right after I break them in a little.” (This couldn’t be related to the food consumed in huge quantities during December, could it?)

DAYLIGHT. Yes, I know that allegedly we gain a minute of sunlight each day since December 21, but it’s still pitch-black at 5 pm. This kinda puts a damper on taking a stroll through the neighborhood at night (and attempt to work off the food consumed in huge quantities…) when I can’t see the black ice on the street.

BOOTS. Time to pack your feet into books after applying two pairs of socks to keep from getting frostbite. 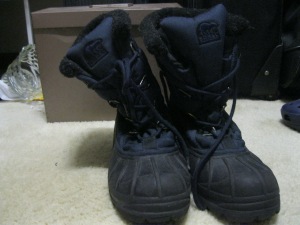 PARKING LOTS.  Mounds of snow, pushed to the edges of lots, make parking an adventure in danger. First, I can’t get anywhere near the store. Secondly, as I drive up and down the rows of parked cars, there is always a blind spot at the end, where the mound of snow is, where I say a little prayer that a big, black Escalade is not going to appear out of nowhere and crush my small, but smart economy car. When I do find a spot, the guy next to me has parked over the line, leaving me about 3 inches to open my door and squeeze out of my car. 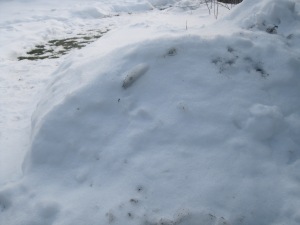 CHRISTMAS DECORATIONS. While putting away the ornaments, I am not able to smush them back into the packages that they originally came in. I do not have a degree in Packaging Engineering, so I grab some paper towels, wrap them loosely, and throw them into any old Amazon box. (There’s usually an abundance of those lying around the house, thankfully.)

THE GYM. Out in force are the New Year’s Resolution-ers, grabbing up all the treadmills and bikes with a vengeance. They’re all over the weight machines, forgetting to wipe them down (pet peeve anyone?) and generally chatting it up. On the positive side, the herd will thin out by March, when they either move to outdoor activity, or give up and go back to the couch potato life.

January is always a series of squeezes for me.

Then comes February, the longest month, with the shortest number of days. Ever notice how slowly it goes by?

2 thoughts on “The January Squeeze”