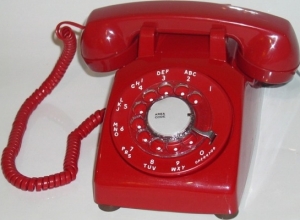 While I was growing up, we had three phone numbers. Two of the numbers belonged to people who didn’t exist. You see, my father was a used car salesman.

We would have a car or two for sale at any given time. Each car would be listed in an advertisement in the local newspaper  and have a different phone number attached to it. The point of all this being that it would appear it was just an average person selling a car, and not a “used car salesman.” We could rotate through the phone numbers so it never appeared that the same person was placing an ad within a six week time frame.

There was always a story with each car. “I bought it for my daughter but she decided she wanted the Camaro instead.” “My wife was going to use it, but she couldn’t learn how to drive a standard.” “I bought it for my son, but he got a bad report card, and decided not to give it to him.”

The cars would be parked on the side of our driveway, like they were part of the family fleet. The cars were always perfect mechanically and impeccably clean. There maybe, may have been, maybe, one or two which had the odometer “set back.”

In most of my friends’ homes, when the phone rang, siblings raced each other to the phone screaming, “I’ll get it!” In our house, we would turn to each other and proclaim, “I got it last time! It’s your turn!” Answering the phone was a time of stress. We had to read the ad placed next to the phone, “Yes, it’s a 6-cylinder, it’s blue, it’s very clean,” and then recite directions to our home to complete strangers.

People would come out to look at the car, do the olde kick the tires routine, and then haggle over the price. My father would say, “Let’s split the difference” and would arrive at a number like $435.50 for the sale.

When  it was all said and done, we had food on the table, clothes on our backs, and a roof over our heads. Many people have done much worse to support their families.

After 9 or 10 pm, the phones became “ours” again. I spent many a night until 2 am talking to my boyfriend, without having to worry about being told, “Get off the phone, there’s an ad in the paper!” 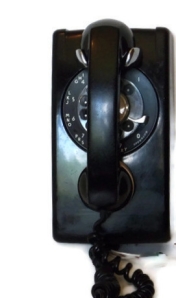 In those days, the phone company owned the phones, and charged a fee each month for use. After my father died, we had the extra phones removed. The phone company called looking for “Manual Dusty” and I had to explain it was my uncle, and he passed away.

Nowadays, most people have cell phones.The reception on these new-fangled phones is not as good as it was on the old land lines.

And kids today will never know the thrill of slamming the phone down after an argument with your boyfriend.